Close Menu
New York City Bankruptcy Lawyer / Blog / Business Bankruptcy / Can The Government Take Your Property And Not Pay You For It?

Can The Government Take Your Property And Not Pay You For It? 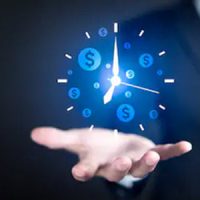 After COVID-19 first came to the scene the government engaged in activities and actions that were unprecedented for what they claimed were necessary public health measures. From business and school closures to keeping people inside of their homes and away from others, ultimately the long-term implications of such steps resulted in economic harm for many. In some cases, individuals who have been negatively impacted financially by the actions of the government could potentially have what is called a takings case to make a claim for compensation.

What is known as “takings law” can be quite complicated. It is written in the constitution that essentially the government does not have the authority to take one’s private property and put it towards public projects without compensating the private entity that owned the property. As a result, a private person may be able to take legal action against the government if the property was taken but no compensation was granted.

New York City business takings lawyer Harry D. Lewis understands intricate takings litigation and may be able to help you if you find yourself in such a precarious situation.

How Does Government Takings Laws Work?

Individuals that believe they deserve compensation from the government for a property that was taken are best advised to seek the legal counsel of an attorney that has extensive experience with government takings law. Attorney Harry D. Lewis has a background and knowledge of how to handle these highly involved legal cases.

Having your property taken and suffering financial losses without just compensation for actions by the government is a distressful position to be in. Individuals in these circumstances may have legal options to make their situation right again.

If you are unsure about your rights and what you can do when the government has seized your property and you have not received fair compensation, call the New York City government takings attorney Harry D. Lewis to schedule a free consultation at 212-813-8393 to discuss your case.

By Harry D. Lewis | Posted on September 28, 2022
« Who Gets Paid First During Liquidation Proceedings?
Business Inheritance And Will Contests »