How Consignors Can Protect Their Goods From Consignee Bankruptcy 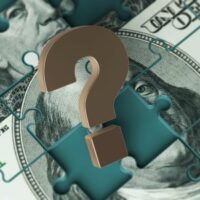 The process works very well for both parties, that is unless there are issues down the road like unexpected bankruptcy by the consignee. In these situations, if the consignee goes out of business, the cosigner may potentially forfeit the goods they gave the consignee in the process. As a result, the consignor could lose a lot of money. This is why a consignor should consult with a New York business bankruptcy lawyer at The Law Office of Harry D. Lewis before entering a business agreement to protect their interests.

What Should Consigners Do to Protect Their Property?

A consignment memorandum is typically used to describe the transaction of goods between a consignor and consignee. When the two parties have conflicts, this document can be used to resolve the dispute. But, when creditors are involved this document may not be sufficient to help the consignor restore and retain their goods. To combat this, a consignor should proactively also file a UCC-1 financing statement in the state that their consignees are incorporated.

Filing such a form is relatively straightforward and allows the consignor to be named the owner of the goods. This form essentially notifies the public of the consignment arrangement.

In addition to this filing, when a consignee utilizes secured loans from the bank, the consignor should also form an intercreditor agreement with the consignee’s bank. This says that the consigned goods or the proceeds of their sale are not subject to being taken by the bank should insolvency or bankruptcy take place on the part of the consignee. The bank and the consignor would then be joint creditors that have interests in their mutual borrower, the consignee.

Covering all of your bases by properly taking the right steps to safeguard your position as a consignment creditor is essential to minimize or avoid costly financial losses. Often, the preparatory work before getting into business arrangements is what can make all the difference should legal challenges present themselves in the future.

To speak with a New York City business bankruptcy attorney about consignment agreements or bankruptcy with respect to consignment, please call The Law Office of Harry D. Lewis to schedule a free, no-obligation initial consultation at 212-813-8393.

By Harry D. Lewis | Posted on June 1, 2022
« The Importance Of Solvency And Business Operations
How Business Bankruptcy Impacts Credit »